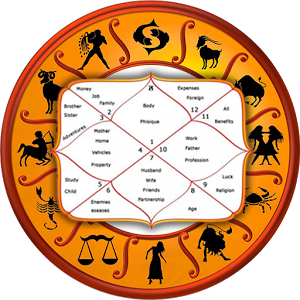 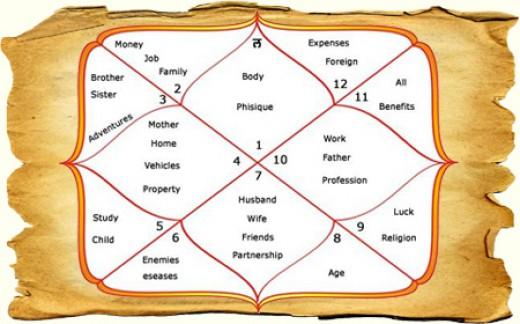 Astrology is a five thousand year old study of the influential effects of the sun, moon, stars and planets on the earth as well as each individual residing here. Indian astrology has originated from the Vedic Scriptures. The Vedas are the world’s most ancient scriptures which provide the largest, most comprehensive and complete system of knowledge ever known to mankind. The genesis of Indian culture is rooted in these Vedic Scriptures and Hymns which date back to the dawn of our civilization and have been preserved and further passed down through the generations. Vedic culture has its own theology, philosophy, arts, sciences and literature which exist and are used till this day. Hence, Indian Astrology or Vedic Astrology, as it is popularly known reflects the understanding and experiences of ancient spiritual teachers regarding many facts of life. It is the understanding of the subtle influences that the greater universe has on an individual and his life.

Vedic astrology has flourished in India for the longest period of time. It is renowned for its spiritual depth and accuracy in revealing one’s past, present and predicting future life events. The ancient scriptures written in the past are still used in modern times to make accurate predictions about an individual’s future. Vedic astrology helps define the traits of an individual, marital compatibility, future growth in various fields and much more.

Astrologers, after years of study, rigorous practice and hard work develop the skills which enable them to correlate the patterns of the solar and lunar system with the pattern of our lives. To successfully do so they make use of ancient techniques and traditions of astrology to study various aspects of an individual’s life. Since ancient times Vedic astrology has been a very strong guiding force in people’s lives, be it kings, ministers, traders or the common folk. Many of them wished to learn more about their future for various reasons. Some wished to fulfill their curiosity while others wanted a more concrete insight to their lives.

In today’s world, astrology goes much further than merely looking at sun signs. It plays a major role in shaping not only the future of an individual but also their personality, by throwing light on their life cycle and various stages of their life. Astrology is both an art as well as a science, which combines ancient wisdom with the modern day living patterns of human beings to ensure a safer, happier and prosperous future.

Early Vedic astrology was only based on the movement of planets with respect to the stars, but with time it expanded to include the zodiac signs as well. The positions of the heavenly bodies at the time and place of birth of an individual are determined through astronomy and mathematics and are mapped in the form of a horoscope. The mathematical calculations for making the horoscope of any individual are based on the positions of the planets at the date, exact time and place of birth of the individual.

According to the Vedic system there are 27 constellations made up of 12 zodiac signs, 9 planets and 12 houses, with each house and planet representing some aspect of human life. Depending on when a person is born, the 12 signs are distributed among the 12 houses and 9 planets are placed in various houses. This visual representation of the signs and planets is exactly what a horoscope chart comprises of. Vedic astrology is nothing but interpreting the meaning of these arrangements as it applies to humans and other entities. The positions of planets in the horoscope indicate specific and general life happenings such as educational progress, career prospects, family life, health and well being, misfortunes, accidents, life threatening events and so on

Minaxiji’s spiritual beliefs are based on the ‘Inherent Divinity’. She believes that Divinity is inherent to and resides within all of life found on earth.